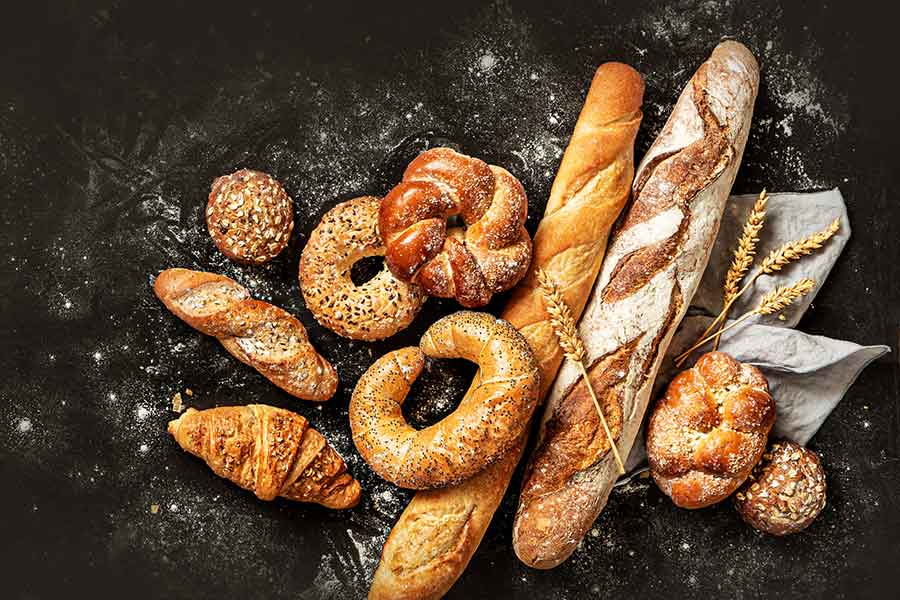 Is French Bread Vegan? Yes, because it’s  made of four ingredients only: flour, yeast, water and salt. Here’s a simple vegan french bread recipe you can try.

A Must Try and Simple French Bread Recipe

French bread may look the same as the other kinds of bread—but it isn’t. Apart from its hard and rough texture, the ingredients that make up a traditional French bread are unique compared to the soft and creamy bread we usually see in bakeshops—the reason why french bread is considered vegan, as it is typically made with just 4 ingredients: flour, yeast, water and salt.

There are still more interesting facts about French bread, I thought you might want to know. I have shared them in this article along with a simple and must-try vegan French bread recipe.

What are French Bread and a Baguette?

The term French bread may ring a bell for most of us, as referring to long, thin, and crusty bread. While it typically is, there is actually a surprising reason for that. In the early 20th century, the French government implemented a strict schedule for all bakers, (before 4 am until 10 pm), making it hard for them to produce freshly made bread. As a solution, a quicker with longer shelf-life loaf was made: hence a French bread called baguette was invented.

Baguettes are a variation of French bread, probably the most popular one. It is shaped long and is slightly crunchy and hard in texture. They were first created in Paris in 1920 guided by a French law that implemented guidelines on the size, ingredients and even the schedule for bakers to make them.

Yes. French bread is vegan as it is distinctively made of four core ingredients only: flour, yeast, water and salt. These ingredients make the bread easier to bake with the capability to stay longer on the shelves, unspoiled. Their typical neutral flavor is what makes them popular too to be paired with savory or cheesy Italian foods like pasta and thick soups.

Key Details of the Recipe:

Nowadays, French bread like baguettes are widely used not just by Europeans but by all nationalities worldwide, and are mostly used to make sandwiches and as sides to pasta and soups when toasted. Its wide production nowadays has reached almost all sides of the world making it an iconic food that France is known for.

Personally, croissants are my favorite food and I always look forward to it whenever I stay in a local or international hotel. I don’t dislike baguettes however, they are less likely to be eaten as it is, since they taste neutral or bland but they best complement some entrées such as pasta and thick soups.