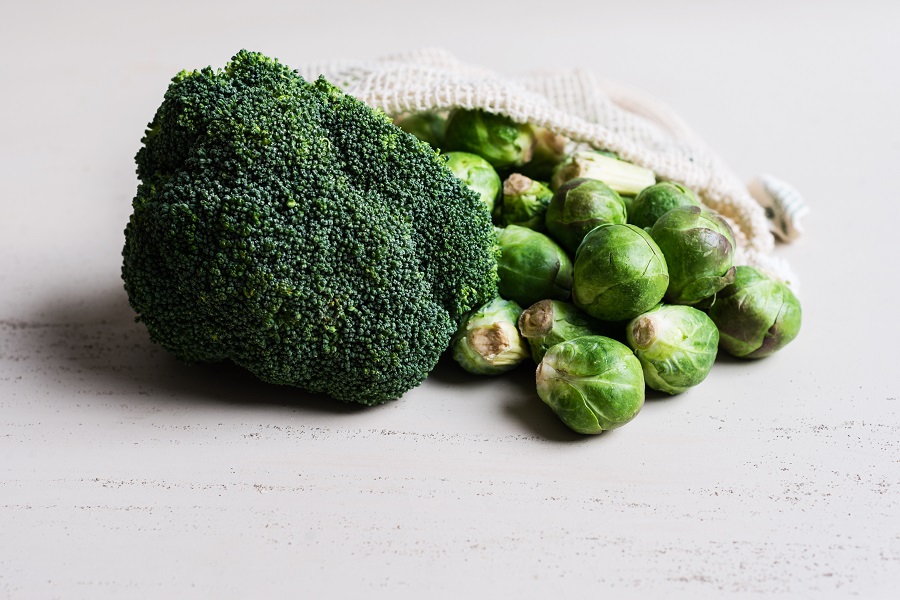 Something special may be said about the color green. It is a metaphor for calmness, serenity, peace, blossoming, good health, and the natural world. In nature, green is synonymous with healthful eating. Brussel sprouts and broccoli, among other green veggies, are stuffed with nutrients. As a result, it’s not simple to discern the differences between Brussel sprouts and broccoli. While it isn’t impossible, we’ll get further into this age-old debate anyhow. Let’s get started, shall we?

Geared for Greens: The Broccoli vs Brussel Sprouts Battle

Both brussel sprouts and broccoli are becoming popular as side dishes, and as a result, many eateries are starting to include them on their menus. However, there are certain distinctions to be made between the two.

Both of these superfoods have a low amount of saturated fat and no cholesterol and a high amount of dietary fiber, manganese, magnesium, phosphorus, riboflavin, thiamin, and vitamins A, B6, and C.

In spite of the fact that broccoli has a higher calorie, fat, and carbohydrate count, it is an excellent source of calcium, iron, and pantothenic acid, which is a B vitamin that works wonders for maintaining good hair, and it also contains a little bit more potassium.

On the other hand, brussel sprouts have less salt than other vegetables. Overall, they are both beneficial to the body, and it is difficult to make the incorrect choice between them.

Raw or steamed, this leafy green is delicious either way. However, a new study reveals that steaming yields the most health advantages. Importantly, fiber and sugars make up the majority of the carbohydrates in broccoli. Small quantities of milk and maltose lactose are also found in the sugar. Total carbohydrates per cup are quite minimal, at only 3.5 grams digested.

Fiber content is another factor to keep in mind. Raw broccoli contains 2.3 grams of fiber per cup (91 grams) or 5–10% of the Daily Value (DV).

Broccoli’s protein content, which accounts for 29% of its dry weight, is higher than that of other vegetables, further enhancing its nutritional profile. A cup of broccoli has just 3 grams of protein, however, due to its high water content.

Several health advantages and high nutritional content have been associated with brussel sprouts. The health benefits of brussel sprouts cannot be overstated! They’re loaded with antioxidants like vitamin C and vitamin K, the latter of which is prized for its ability to reduce inflammation.

Folate, manganese, Vitamin B6, dietary fiber, choline, copper, Vitamin B1, potassium, phosphorus, and omega-3 fatty acids are just a few of the nutrients they provide. They are also thought to lower the risk of cancer.

Brussel sprouts’ remarkable nutritional profile and an extensive list of health advantages may also include a boost in blood sugar control.

Studies have shown that those who eat more Brussels sprouts have a lower chance of developing diabetes. Fiber, which helps control blood sugar, could have something to do with it.

In conjunction with a balanced diet, including more Brussels sprouts may help stabilize blood sugar levels.

The amounts of calories, protein, and carbs that are found in broccoli and brussel sprouts are relatively comparable. The same can be said for the amounts of vitamins and minerals. The distinctions are hardly noticeable at all. They are both foods that are low in calories and also have a low amount of carbohydrates. Because of this, they are excellent choices for people who want to lose weight.

Both broccoli and brussel sprouts also have a disease-fighting component that is extremely similar to one another. They include phytochemicals and antioxidants that are comparable to one another. Because broccoli has a greater quantity of these chemicals, the majority of the advantage leans towards it.

Because of the high concentrations of soluble fiber in these foods, cholesterol is bound to fiber and excreted from the body. As opposed to being stuck in your arteries, it’s flushed down the toilet.

Which Between These Greens Is The Greenest, Therefore?

It is not at all simple to come out on top in a discussion between brussel sprouts and broccoli. Both of these vegetables that belong to the cabbage family are strikingly similar to one another. People who have a natural affinity for green foods tend to favor both of these options.

The distinctions between them are rather minor and may be navigated with some difficulty. Therefore, while choosing between these two vegetables, be certain that your choice is based on what your body requires. After all, your body must first become acclimated to the vegetable before it can adjust to the vegetable’s presence in your diet.